Bowen Therapy or Bowen Technique are umbrella terms for the treatments evolving from the work of Tom Bowen. Tom Bowen instinctively devised his own therapeutic approach for treating the injuries of football players when he was a coach. He would apply his unique ‘Bowen Move’ to leg, knee, ankle, hip and back sprains and strains. The players would be back on the pitch in no time. Tom developed a reputation for this and soon he was treating the injuries of family members and neighbours of the football team too.

Tom Bowen, an Australian was born in 1916 and died in 1982. He came from a working class family and left school with just enough education to get a job. In 1941 he and his wife moved to Geelong where most of his career was based. He worked as a general hand or labourer, firstly delivering milk, then in a woollen mills and finally at a cement works. He was a compassionate and humble man with a low tolerance for fools.

Tom would willingly treat the back injuries of his fellow workmen and over time sought to increase his anatomical and therapeutic knowledge. He spent time with Ernie Saunders, a man from Melbourne with an excellent reputation as a ‘manipulator’. Tom continued to use and develop his own techniques. Friends of the family Stan and Rene Horwood opened up there home for Tom to provide therapy from. After his day at the cement works Tom would go home, wash and have dinner then spend the evening treating people at Stan and Rene’s house. Following Stan’s death in early 1960’s Tom gave up working at the cement works and focused solely on this therapy, Rene continued as an assistant.

Tom’s practice was very busy. During the 1970’s there was a government report in Victoria into Complementary Therapies, titled The Webb Report. They found that Tom was treating 13,000 people a year and sometimes as many as 100 a day.

During Tom’s career as a therapist he taught 6 people his therapeutic technique and principles. These were Keith Davis, Nigel Love, Kevin Neave, Oswald Rentsch, Kevin Ryan and Romney Smeeton. Many people wanted to train with Tom but if Tom found after a few days that they did not have the touch he would send them away. Ryan an osteopath and Smeeton a chiropractor were the last two men to be trained. They found that Tom was still progressing and developing his working style and his notes up until the day before he died. Both men are known to have said their own work benefitted greatly by what they learned from Tom.

Tom was an incredibly generous man. He opened his clinic free of charge to disabled children every other Saturday morning and to injured footballers and sports people every Saturday afternoon through to evening. Tom was called out by the Geelong police to treat injuries and would also visit inmates in prison to give therapy. Tom was also known to attend to animals with as much care as he did to people.

In 1981 Tom Bowen applied to the Chiropractic and Osteopathic Registration Board for recognition through the ‘Grandfather Clause’. Tom went through stringent examination and observation but despite his success rate and 30 year career was declined for lack of technical terminology having had no formal training. This made no difference to his tremendously reputation and busy practice. Tom continued to call himself an ‘alternative therapist’.

After his death in 1982, Tom’s style of work took on the name Bowen technique or Bowen Therapy. By 1999 Tom’s work had gained the recognition it deserved being taught to final year osteopathic students at both RMIT and VUM in Australia and was expected to become part of the chiropractic curriculum.

Tom Bowen’s therapeutic style has now been formulated and taught worldwide through the 6 men who trained with Tom. There are Bowen Associations around the world protecting the quality and validity of the teaching of Bowen Therapy and its off-shoots. The associations also hold true Tom’s principles, offering low cost or donation only therapy to disables children through the Tom Bowen Legacy Fund. This means that good quality Bowen therapies can be accessed all around the world which Tom would be very pleased to know. 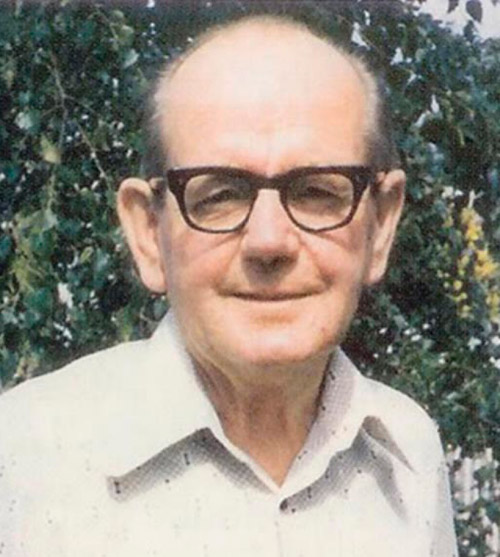